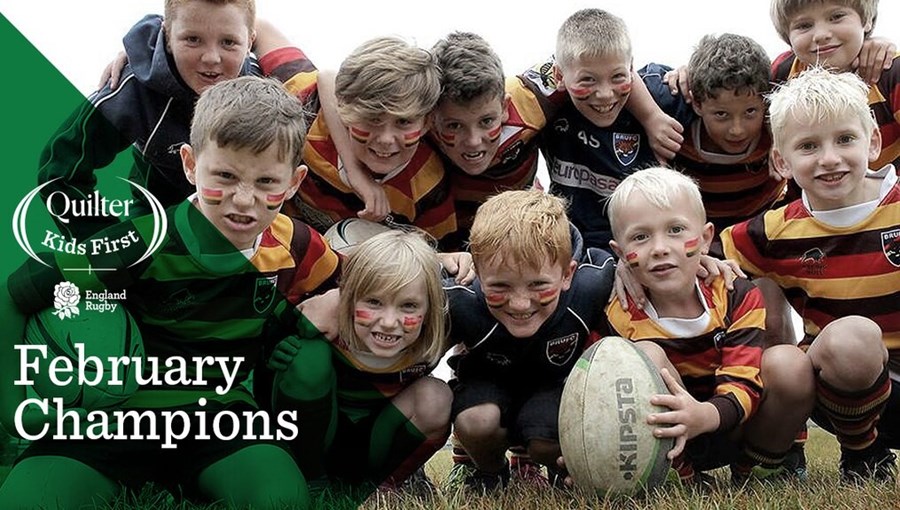 We're delighted to share the news that Bicester RUFC 🦊🏉 has been announced national KidsFirst Champions by the RFU.

This is testament to the hard work put in by all club volunteers, coaches, team admins, and the players. Spreading Kids First values & growing the game in our bit of North Oxon.

The club has successfully implemented the Quilter Kids First approach, with the club’s board championing the approach, which has resulted in a focus on upskilling coaches. A programme introduced by Bicester RUFC ensures that every age group has at least one level 2 qualified coach per age group, with the aim being for each age group to have two level 2 qualified coaches. The club pays for coaches to do regular CPDs so that they are well placed to deliver Quilter Kids First training sessions. The coaches are regularly in communication with each other about game and skill zone ideas for training sessions.

By focussing on upskilling coaches the club has been able to improve their player retention levels. Some players who had previously left the club have re-joined since Bicester RUFC adopted the Kids First approach, and in some age groups the number of players doubled.

"The club's new board has now been in place for just over 12 months and has set about transforming the culture and playing environment in the club, putting the Kids First ethos first and foremost into everything we do. But it is the volunteers, the coaches, the team admins and the mums and dads - and of course the children themselves - who turn up week in, week out to make Bicester a great place to play rugby who have achieved this. Without their commitment, a growing community club such as ours wouldn't be able to grow the game in our part of North Oxfordshire."